This is my booktube about my lending library book, “Snow in April”.

In language class we are reading the book “I am Malala”, an autobiography about Malala Yousafzai´s life and fights under the Taliban´s regime in Pakistan. Our teacher, Pilar, assigned us one activity to each base groups with the aim of analysing the book deeper. Our task consisted in writing a poem focusing on Malala´s dreams. I worked with Tomas Braun and Sofia Mele.

This is our poem:

Our language teacher, Pilar, asked us to look out for songs or poems containing inversion sentences. I found a song by Alex and Sierra, called “Little do I know”.

Our teacher Pilar asked us to create a creative flyer including what bullying is, how it can be prevented and showing the statistics of it. I created this flyer with Juan Elia and Trinidad Porretti.

After reading Counterparts, by James Joyce, in class we discussed the vocabulary of the story.

the tube: a machine for communicating within a building.

an order on the cashier: official permission for an advance on wages.

snug: a small private room or booth in a public house.

caraway: a white-flowered biennial herb of the umbel family, with spicey, strong-smelling seeds. The seeds, when chewed, were thought to hide the smell of alcohol, and thus were offered to customers by turn-of-the-century Dublin bars.

the dart: the solution.

the eclogues: short pastoral poems, often in the form of a dialogue between two shepherds.

my nabs (slang): my friend or acquaintance.

Ballast Offices: the location of the Dublin Port and Docks Board

Irish and Apollinaris:  whiskey and soda.

tincture: a trace; a smattering.

stood to: bought for.

smahan: a smattering; a smidgen.

Peony: is a pink whitish flower

That’s the knack:The quality of the gifted one

Put in your gab:to talk

The story of an hour from Diamond Films SA

As our last oral presentation, Pilar asked us to make a speech developing the topic “Should examinations be abolished?”.

As our first argument, pupils have to be evaluated by their teachers to see whether they make progress or not. Some people may argue that exams are not necessary, as they favour kids who have a good memory and techniques in most of the subjects. However, coursework and exams may test a greater range of skills and represent an efficient way to measure the knowledge on topics. Although in some tests memory is one skill needed to get the higher mark, to be able to remember names for example, this ability is not compulsory for getting a passing mark in most of the cases, and in the exemptions it is not the only fundamental skill. Understanding the topic is the obligatory ability, as in most of the test students need to develop answers or use formulas learnt in class but using different variables. By only learning concepts by hard without understanding the subject at all students won’t be able to succeed.

It has been defined that the purpose of a test is typically for teacher and student to determine what the student knows, understands, or is able to do, depending on the content and style of a test. Most tests could be considered status reports, it isn’t a finished picture but a guideline that  give as a result the gaps are that are needed to work on. Nevertheless, exams are also fundamental for government to know in which areas the country, or city needs to deal with.

Examinations also present benefits for students, as exams are a way of learning and will prepare students for the real world. With no exams, pupils would not have any stimulus to study, and therefore, would not be able to acquire knowledge.

So, I strongly consider that examinations should not be abolished as they present lots of benefits for teachers, government, and mostly, students. By testing kids, teachers are able to realise how much students understood and progressed, government can be able to keep a record of the level of education in the nation or area and students itself are able to learn and get prepared for future.

Task; Imagine you are Christopher Gardner. Write a letter to a friend telling him\her about your tight economic situation. Ask him\her for help.

I am writing to you as regards a problem I have been struggling against for a long time, which I thought I would be able to solve it by myself. Unfortunately, I am still battling against my situation and I wondered if you could help me.

Since last year I am living from hand to mouth, things got out of my hands and I am not able anymore to control my economic situation. I am desperate to be able to take good care of Chris. Covering all of his necessities day after day is a constant fight. I am on the rocks, and despite my determination, hard-work and optimism I am realistic, I need money urgently. I desperately need help.

I have not written to you for a long time, but you are the only one who can help me, please give me a hand. I am not asking for money, I need a stable job, to be able to better my economic situation so I can give my son the life he deserves. As you are a well known businessman I wondered if you could help me to get a job. I am facing this situation alone since my wife, Linda, left me sometime ago. I cannot afford this situation anymore, I need your help Mike.

I hope you can be able to give me a hand, I promise I will compensate you when my life gets better. Please let me know your answer as soon as possible. 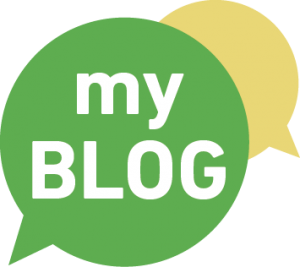